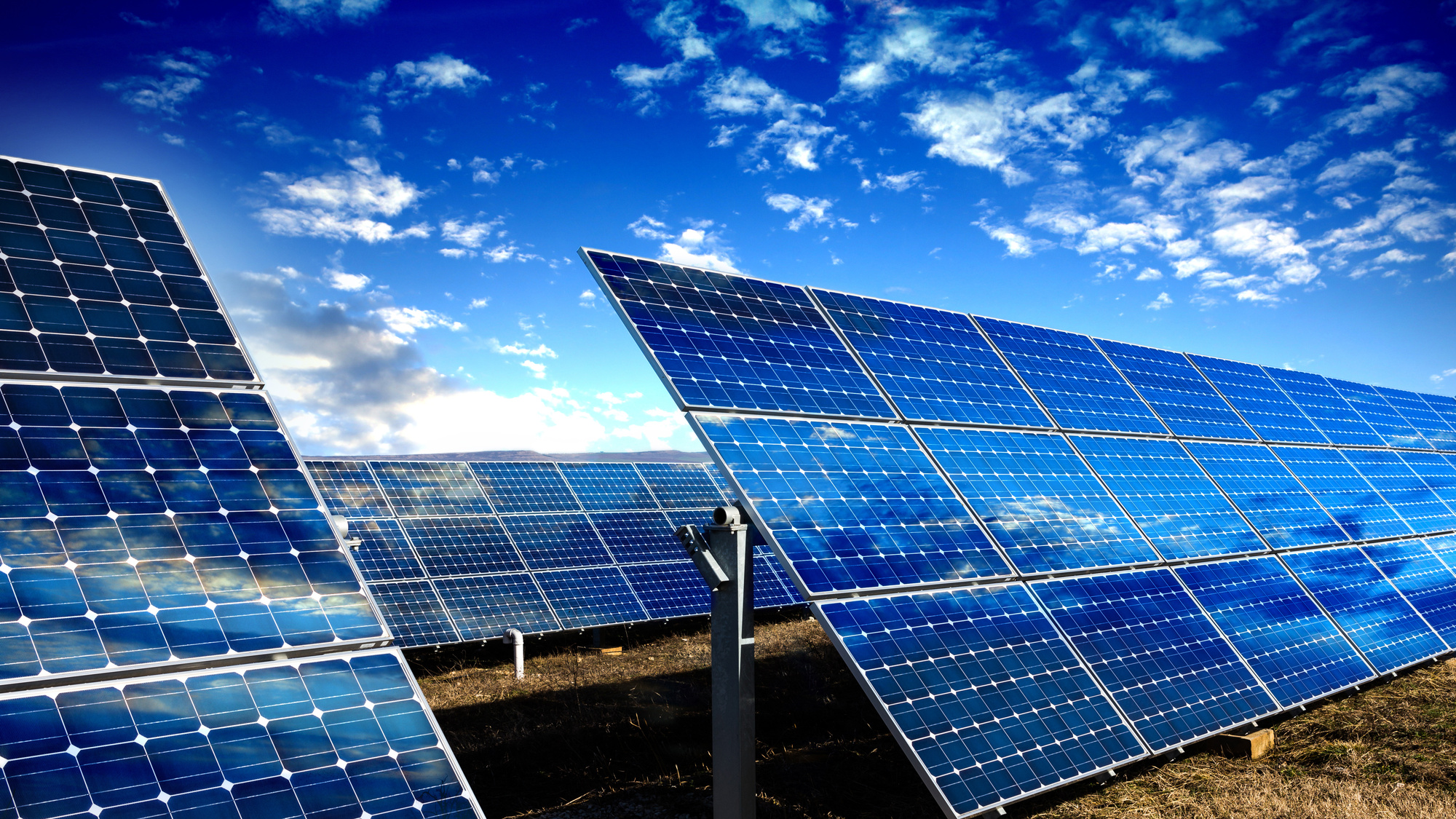 The cost of energy, both financially and environmentally, just keeps on going up.

Many American homeowners are looking for a way to lower their bills and support green energy.

Solar power may be the answer.

Over the last ten years, the cost of a solar installation has dropped to all-time lows.

Keep reading to find out more about the benefits of solar energy and whether it makes sense for your situation.

Solar energy comes from the rays of the sun and is freely available all over the world. In the U.S. alone it’s estimated there are hundreds of gigawatts of untapped solar potential just from the roofs of people’s houses.

Solar energy is renewable, clean, and scalable from individual home installations to massive industrial power plants. Not only that, but the technology behind solar panels has been advancing at a rapid pace.

Solar panels have been around for more than 60 years but have only been commercially viable for the last ten or so. Even then panels cost significantly more than they do now. Just in the last ten years, the cost per watt for solar has dropped from $8.82 to $3.14.

This was made possible by increased panel efficiency and economies of scale in production. All in all, it means that there has never been a better time to invest in solar than now.

The U.S. has some of the best overall sun exposure in the world. The desert Southwestern states have the most potential, with the Southeastern states coming in a close second.

Currently, the U.S. is one of the top five solar power producing nations in the world. With more and more homeowners choosing to add systems to their roofs the number keeps on climbing.

The biggest solar energy benefit most homeowners see is a reduction in their utility bills. Solar panels allow a household to produce some or all of their needed electricity. It’s not hard to see how beneficial that can be to a household budget.

Even better from a homeowners perspective, solar is more effective during high demand time periods. Solar panels produce the most power under intense sunlight, exactly the conditions that drive up air conditioning costs.

The average American household will see savings of around $100 a month on their electric bill. With the projected lifespan of a solar installation greater than 20 years, it’s easy to see how financially beneficial they can be.

Some homeowners actually overproduce electricity. In many states, the local power company will purchase this power from you. This is an excellent way to move the majority of your grid power consumption from high to lower cost times.

Depending on your state you can also trade your produced solar power for Solar Renewable Energy Certificates (SRECs). These provide homeowners with a substantial premium for solar power produced and fed into the grid. SRECs result from renewable portfolio standards many states instituted for their utility companies. This requires that a portion of their total power production must be from renewable sources.

By purchasing solar power from individual homeowners at a premium they can meet these levels without having to build their own solar power plants.

Signs of climate change are showing up all over the world. Choosing to install solar panels in your home is one of the best ways you can support the environment for the long term.

One of the biggest benefits of solar panels is their lack of any real emissions. Once they’re manufactured they reliably produce power for decades without emitting anything.

Compared to gas, oil or coal power production solar energy is incredibly clean. There are some industrial pollutants produced during the solar panel manufacturing process of course. These, however, are dwarfed by the environmental costs of extracting, processing and then burning fossil fuels.

Even among other renewable energy sources such as hydroelectric or wind power solar is considered low impact. Dam construction is hugely expensive and there are significant questions about the impact river blockages have on local ecosystems. Wind turbines sadly kill tens of thousands of birds every year.

If paired with a backup battery system solar panel can give you some immunity from blackouts, heat waves, and droughts. All fossil fuel systems work by heating water to turn turbines. Because of this, they require large amounts of fresh water to function. During a major drought, it can become difficult and expensive to procure this water. One of the few upsides of a drought is the generally cloudless and sunny skies.

Investing in solar energy allows you to support the environment while also protecting your pocketbook. A win-win situation all around.

Adding solar panels to your home is an excellent renovation to make from a value standpoint. It’s been shown that a well planned solar installation is even more beneficial to your home’s overall value than the coveted kitchen renovation.

The cost of a standard six KW solar system averages between $10,000 and $15,000 across America. When you factor in state and federal credits it can cost even less. On average, it’s estimated that the same six KW system will add about $20,000 to $25,000 to the value of your home.

The standard rule of thumb is that for every $1 you save in annual utilities, you’ll add about $20 to the value of your home.

Unbelievable right? What other investment can you make that has the potential to double your money immediately. This all comes down to the reduced utility bills and perceived ‘green’ status of your home.

American’s today almost universally support environmental policies. Having a home solar system is very desirable from an environmental standpoint. This makes your home itself both cheaper to operate and greener.

Remember those state and federal credits we mentioned? Both the U.S. federal government and many state governments have instituted programs to encourage home solar system installations.

The federal solar tax credit is officially known as the Investment Tax Credit (ITC). It was put into place in 2007 and extended in 2015. It lets qualified homeowners deduct 30% of the cost of their solar system installation from their federal taxes. Even better, it’s a direct tax burden credit rather than an income deduction. The 30% comes straight off the taxes you would owe to the federal government for the year.

This includes the panels, cables, wiring, and all contractor work related to the project. For most homeowners, this represents a saving in the thousands of dollars.

Many state governments have their own tax credits and rebate incentives in place as well. These work similarly to the federal program, though for differing amounts. In most cases, state and federal credits won’t impact each other. You’ll get to deduct the full value from both your state and federal taxes.

Individual utilities will sometimes offer their own set of rebates for home solar energy installations. This goes back to the required renewable portfolio standards we mentioned previously. It’s beneficial to them if a large portion of their customers also produces a portion of their own power.

Adding all these credits and rebates together with the plummeting cost of solar, it’s easy to see why solar panel installation is becoming such a popular choice.

One of the best features of home solar is its long-term durability. Once your system is installed there is almost no maintenance or upkeep required.

Other green energy systems such as wind turbines or miniature hydroelectric systems require frequent inspections and repairs. Solar, by contrast, has no moving parts. After you’ve made the investment in solar it continually provides you with free power.

The only kind of upkeep needed for solar is periodic cleanings. Dirt, leaves and other debris can build up on your panels and reduce their overall efficiency. This is easily remedied with a basic cleaning.

You can do it yourself but it’s often a better idea to hire a professional. Since most solar installations are on your homes roof it can be dangerous to clean them without proper safety equipment and training. Even without risk to yourself, it’s easy to accidentally damage a part of your solar installation through accident or the use of improper cleaning agents. Even worse, this damage likely won’t be covered under your warranty.

This can be a great time to bundle services together and have your whole home spruced up. It’s incredible what a little elbow grease and know how can do to make your panels and house shine.

This is one of the greatest solar energy benefits for the average homeowner. Solar panels represent a true turnkey investment solution that will produce an in-demand product as long as the sun shines.

Setting an Example for the Next Generation

Installing solar panels on your home can be one of the best ways to save money, improve your home’s value, and support green choices. The benefits of solar energy far outweigh the initial investment needed. It’s a smart decision financially, emotionally, and morally, something hard to find these days.

Get in touch with us to schedule solar panel cleaning or to find out more about the services we offer.